‘Scourgebringer’, ‘ENYO’ and ‘Momentum’ – this week in mobile gaming 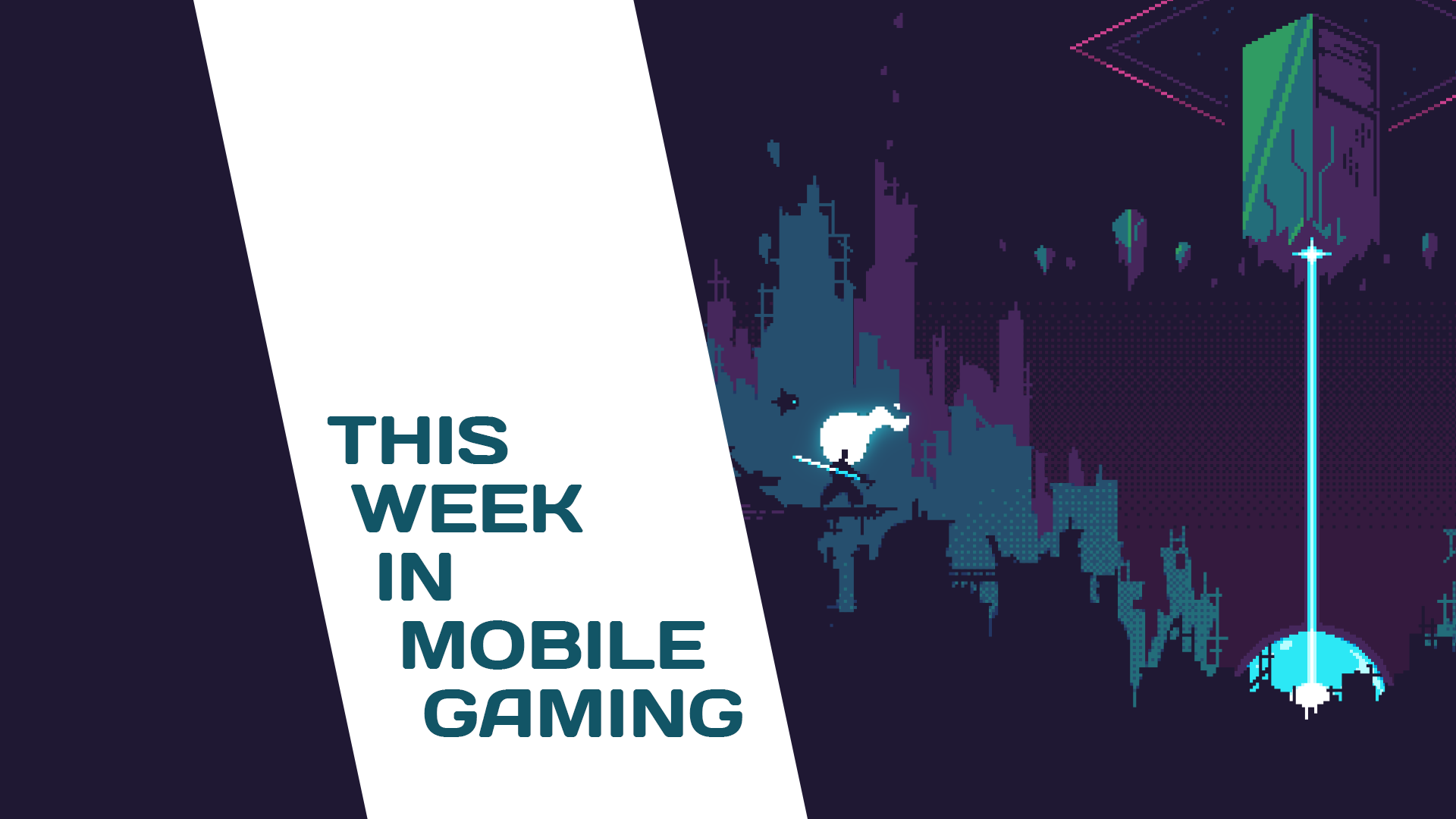 It sure has been quiet around here, hasn’t it?

How funny that the previous one of these posts, now languishing as a draft, mentions that things were getting busy with client work and it was a surprise that I managed to play games at all. Well, multiply that by three months and here we are.

I’m not going to publish the post from way back then (at least not yet). Instead, let’s just continue from where we last left off and pretend like nothing happened.

In a word, my thoughts on ScourgeBringer are: “wow”. And you can quote me on that.

ScourgeBringer paints itself as a hardcore platformer, and it is that, but it’s also reminiscent of a bullet hell. Because of how you move and attack, and how the enemies attack, even touching the ground feels optional. You’re like a butterfly of blades and death, flitting between enemies to rack up combos until no one remains.

I’ve played it with both touchscreen and a controller and while I definitely prefer the controller, both feel fantastic. With touch controls, you automatically attack an enemy you’re near, which sounds like it’ll make the game easier, but all it does is make combat feel great. Success is not determined by how many times you hammer the basic attack but your choices in movement, prioritising enemy takedowns, and special ability usage.

ScourgeBringer is available on iOS and Google Play (and most other platforms).

I have such mixed feelings about Residual. On the one hand, the idea is great. Exploring strange planets as a pacifist is fun and interesting, and feels like OrangePixel’s take on the wonder of No Man’s Sky. There’s this feeling that each planet is something that existed long before you got there, and a sense of discovery. Who knows what strange creature, plant, or geographical feature you’ll come across?

On the other, there are so few explanations for anything. And I mean anything. I died twice because I had no idea how to climb up a vine. Another time I thought I got stuck because there was no mention that I could grab on to a ledge. Mystery works when scanning creatures you’ve never seen before. Not so much when you’re looking at UI.

I’m not sure that I would recommend Residual at this stage, even as good as it looks, but there’s enough there for me to give it a second (and third) chance.

Residual is available on iOS for $5.99 and eventually coming to Google Play.

Grand Foodventure is like a Doodle God with food. You’re combining ingredients to put together a dish and reveal a charming little factlet about it.

It’s closer to a curated experience than a free-form puzzle game. You start each zone with a selection of 5-8 ingredients or preparation methods. Combining those in various ways unlocks meals that you could make with those ingredients. There’s not much of a challenge there, because you’re working with a small selection of options, and ingredients that are no longer useful can be removed from play.

I never really liked the Doodle God lategame, where you’re just combining things at random in the hopes to unlock the one thing that lets you move forward, but that doesn’t happen here. What Grand Foodventure does really well is charm. If you love food, like my partner and I do, it’s lots of fun to sit together and try out combinations, and then learn a little bit of history about each dish or ingredient.

Grand Foodventure is available for $3.99 on iOS and Google Play.

ENYO has been around since 2016, but somehow I missed it entirely. It bears a striking resemblance to one of my favourite mobile games ever (Hoplite), and is made by one of my favourite developers (Arnold Rauers / Tinytouchtales). I’m happy to report that the end result is as good as can be expected.

Put simply, Enyo is a tactical puzzle-y action roguelike. You’re thrust into a dungeon full of monsters with one tiny little problem – you have no way to attack them. So instead you have to get creative with the tools available to you: a shield to push enemies away, a hook to pull them, a leap that can stun enemies, or you can throw your shield which pushes enemies far away but leaves you defenseless. Using these tools you have to use your environment to defeat enemies, by forcing them into lava, or impaling them on wall spikes.

That simplicity leaves a lot of room for tactical decisions. Positioning is everything, and so is understanding how you can interact with each enemy and the environment. It’s not a vastly complicated game, but I thoroughly enjoyed it and will be coming back for more.

ENYO is available for free on iOS and Google Play.

GAME OF THE WEEK

I am SO enamoured with Momentum. When I don’t play games to write about them, I tend to hyper focus on one game at a time. For the last few weeks I’ve been playing nothing but Momentum, a game that’s actually interesting to explain.

It’s a blend of turn-based and real-time action. All attacks have a speed, which is called “momentum” (hence the name). During setup phase you select an attack to start with, which is placed on the time bar. attacks then go off in order from fastest to slowest.

If you choose fast attacks, you can defeat the enemy before they even get a turn. When they do attack, you can either block (which costs you some momentum) or parry, restoring some momentum and taking no damage. This is in real-time, so you need good reaction speed and knowledge of enemy attack patterns.

Your starting attacks depend on your weapon, and you’ll pick up new attacks along the way. Attacks of the same time can be chained in a combo, in real time, which adds a lot of strategy based on the combinations of attacks that work together.

It’s a simple system on the surface, but there’s just so much GAME here. I enjoyed my time learning enemy attacks and progressing further and further, and then new weapons were introduced, which combo in different ways. So I played around with those, and then the gear system was unlocked. Enemies now sometimes drop gear with random stats and effects and even set bonuses. Of course, now I’m diving in and picking up all this gear. And unlock a new game plus mode with elite enemies. And then a quest that opens up a whole new area.

And you know the best part? No forced ads whatsoever.

Momentum: Turn Based Roguelite is available for free on iOS and Google Play.