A secret, a bullet heck, and a platformer – this week in mobile gaming 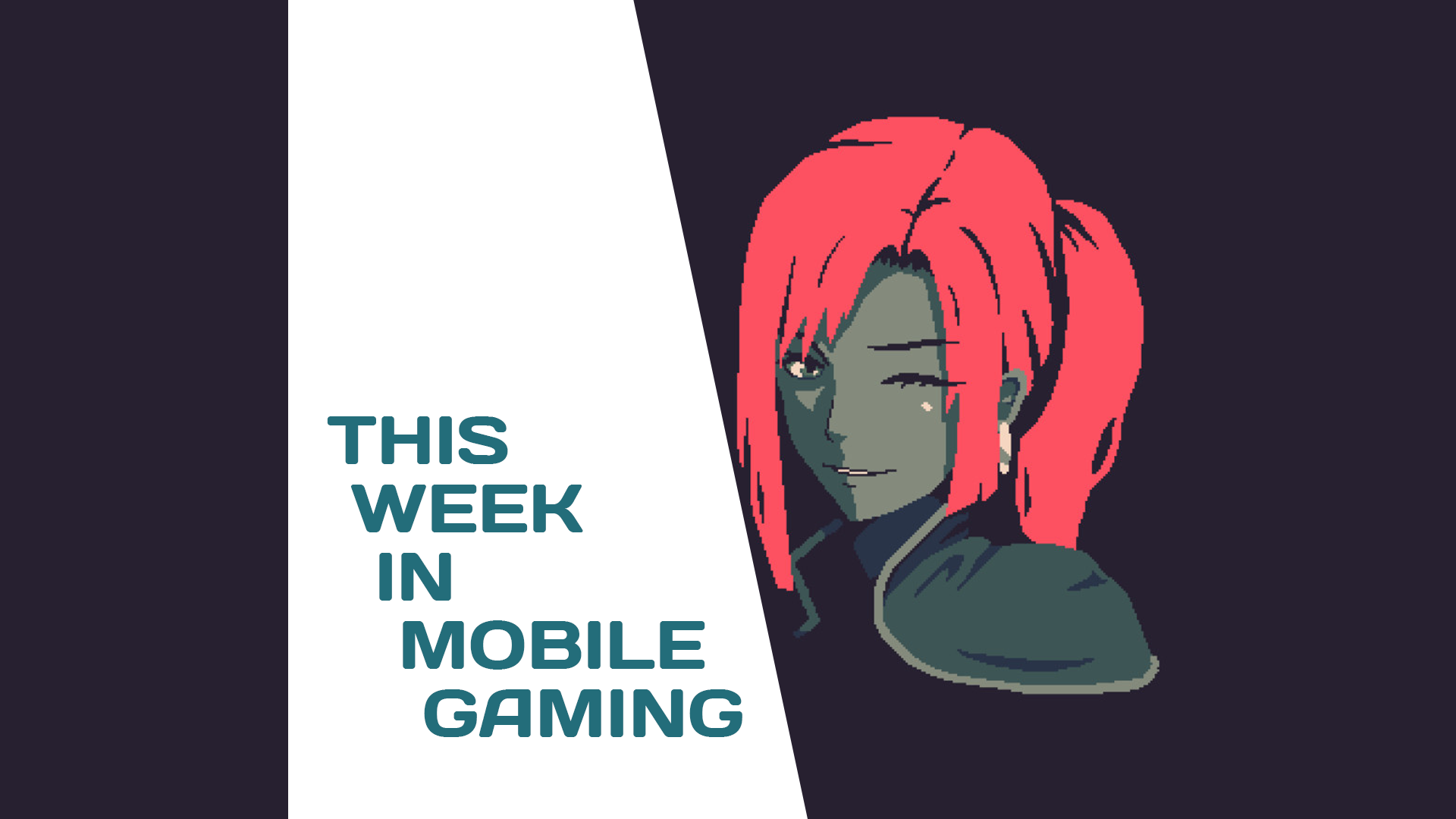 Okay, it’s not a secret because I’m dying to tell you: I managed to pick up Haak when it was accidentally released on iOS for like 24 hours. It’s a mobile port of a metroidvania currently available on Steam and Nintendo Switch and oh my god is it one of the best metroidvania games I have ever played. It’s currently set to release sometime in December and when it eventually comes out, I’m going to be talking ALL about it.

Ahem… anyway… You know how in the previous post I mentioned that I tend to hyperfocus on games? Well sometimes I’m the same with ideas. I’ve long wanted to put posts like this on YouTube, along with reviews and so on… Well prepare your eyeballs, because we’re moving on up, baby! I’ve spent weeks, nay, months, crafting the first set of videos and while it’s not quite ready yet, I’m getting over the fear of putting myself out there. Who knows, you might even discover this post through the video that I’m currently making about it.

Rambling aside though (again), I’ve found some pretty spectacular games on mobile recently and this week is no different. As always, I hope you check some of these games out and come back next time!

Void Organism (careful not to misread that) is a neat concept. It’s a story-focused adventure game: you’re part of a space salvage team exploring a seemingly abandoned spaceship to work out whether it’s safe to recover. Things go about about as well as you’d expect.

The controls are pretty simple. You swipe to float in that direction, and tap the screen to grab on to a nearby wall. Of course there’s plenty of obstacles along the way, from tricky corridors, to gravity wells that suck you in towards themselves, to strange bouncy plants, to… I’m not sure what those other things are.

And while all these work pretty well separately, occasionally the layering of different obstacles can get pretty frustrating. For example, trying to get into a tight corridor while you’re being pulled at by two different gravity wells with nowhere to land is a sure-fire way to get stuck. This can get a bit rough even if you’re not aiming for higher ranks, which you get by completing each level faster and with fewer jumps.

There are 16 levels to the game, which means it’s a nice compact experience that you can enjoy for the low low price of absolutely, completely and totally free. What’s not compact is the file size, clocking in at a mind-boggling 2.29 gigabytes. For context, I have 442 games installed on my device (covering games does a number on your storage capacity) and Void Organism is the 5th largest game on there, after the cinematic-heavy Republique, the enormous Gunfire Reborn, and a few others.

Void Organism is a laid back experience that’s absolutely worth playing for free, if you can spare the space.

Void Organism is available on iOS and Google Play for completely and entirely free.

Since mobile is my primary platform, I entirely missed Vampire Survivors and the genre it spawned seemingly overnight. And just like any new trend, games seem to be lumped together based on the slightest passing resemblance, including this one: 20 Minutes Till Dawn. But let’s not get bogged down in defining the genre, because this game is hella awesome.

It’s you against an increasingly-dangerous horde of lovecraftian horrors and a 20 minute timer. With every kill you get experience, and with every level-up you get an upgrade. There’s multiple characters and weapons to unlock that somewhat modify each run, but ultimately it’s your choice of upgrades that define each run. And boy oh boy are there some wild upgrade combinations.

My first run was pretty simple. I went for upgrades that sounded good at the time and, expectedly, met an untimely demise. The second run, I focused on synergies but was ultimately taken out by a boss. And on the third run, I went with upgrades that I didn’t think would work very well, but sounded fun. Spoiler alert, that was my best run.

This is the secret sauce of the game (and possibly the genre). The game gives you options, but it’s entirely up to you to combine them however you see fit. Some combos will work, some will be amazing, and others still will leave you with bite marks in unexpected places.

There are two versions of 20 Minutes Till Dawn but I couldn’t tell you what the difference between them is. It seems like one is free-to-play with an optional ad to get a bonus before each run, and the other is a full premium experience. I played the free version this time though, and saw zero ads.

Originally I went into it swinging wildly and not making any progress, but everything clicked when I slowed down and took my time with it. Health is precious and hard to come by, and every hit you take matters. Playing safer changes the game to be all about weaving your way through enemies, getting some sneaky hits in, and backing off at just the right time. It’s an interesting approach that makes it feel right at home on mobile, and twists the combat into a thoughtful and tactical affair.

There are multiple ways to advance – from experience that gives you points to spend on attributes, to runes that you find in the caverns, to gear that you can craft and upgrade with ore. This ore is especially interesting, because you mine it in the caves, but it’s all lost if you die before banking it. It sets up risk and reward in an interesting way, because you can only use each minecart spot once. Do you push further into the dungeon to get more ore and risk losing it all?

That said, this risk only exists because once you enter a room, you’re locked in and can’t leave until all enemies are defeated. This is fine early on, but by late game it felt like an artificial barrier. Progress is quite linear: you always start in the cave area, defeat the boss, move on to the fire area, defeat that boss, and so on. By the time you have late game equipment, even the early bosses die in just a few hits.

This turns every defeat into a walk of shame as you’re blasting through zone after zone just to get back to where you were before. While you’re locked in every single room along the way. It’s not too bad, but I wish you could just run past the enemies, or skip zones to speed things up.

If you play it with a tactical approach, the game isn’t the most demanding on your reflexes, and I had no trouble switching between the controller and touch controls.

Dwarf Journey doesn’t reinvent the wheel, but it’s a solid entry throughout that I had lots of fun with.

Dwarf Journey is available for $2.99 on iOS and Google Play.

GAME OF THE WEEK

Isle of Arrows is an interesting beast. It’s beautiful in so many ways, but its strength is also its biggest downfall.

The concept is super simple: it’s a fusion of tower defense and board game. In typical tower defense fashion, you’re tasked with defending an isle against waves of invaders following a set path. Except between every wave you can place tiles that add towers, extend the path, set traps, let you earn more gold, or add land that you can then build on.

The tiles you get are randomly selected and this is what gives the game its wonderful roguelike flavour. It’s also a source of great frustration, or at least it was for me until I understood one simple thing: this is a board game first, tower defense game second.

While it’s possible to go wave after wave without seeing a tower, understanding the rules and working up a good strategy goes a looong way to mitigate that, just like any board game. Every turn you get gold, which can be used to skip a tile or four, in the hopes of finding something that helps. Planning ahead and maximising your strategy is absolutely crucial, even if you have to adjust your plans later.

All in all, Isle of Arrows is a thoroughly enjoyable game that is very pretty, tons of fun, and quick to pick up and understand.

Isle of Arrows is a premium game available on iOS and Google Play for $5.99 (and also Steam).