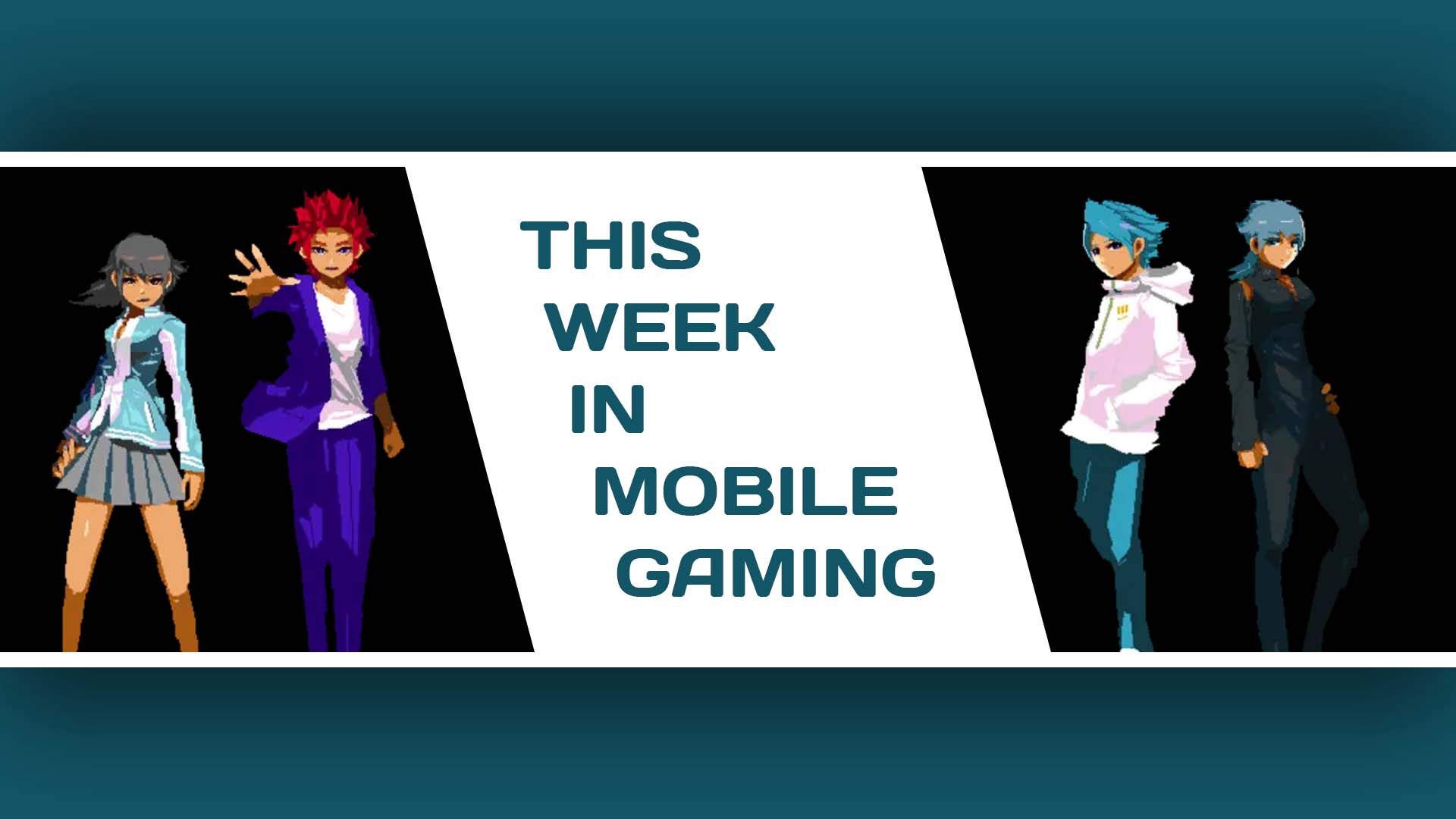 Why hello there. It feels like it’s only been days since we last spoke. I’ll make these columns exactly a week apart one day!

What happens when you have lots of small stretches of free time that aren’t long enough for a proper sit-down session? I default to little portrait mainstays that can be picked up and put down at a moment’s notice. For me, that’s High Rise (always) and Knotwords, which is a new addition.

Despite being a relatively short “week”, there’s a ton of interesting new games out, so without further ado, let’s get to it!

I can’t believe I missed it, but it took me this long to realise that Gunfire Reborn is essentially a take on Borderlands. Let’s blame not having played Borderlands all that much…

I wrote about Gunfire Reborn extensively in the last column, where it was my game of the week. The controller controls annoyed me a bit (and still do, but getting better with more tweaking), the game continues to be excellent.

They’ve updated the game with a new zone and a new (paid) character. I’ve picked up the character, but made the mistake of starting a run with one of the other characters, so I’m still in the middle of that and haven’t tried him yet.

Knotwords is a combination of sudoku and crossword puzzle that’s become one of my go-tos. I’ve been playing the daily puzzles, ignoring the “mini” and “challenge” ones, and going back through the back catalogue of puzzles. These were back-created to January 2020, even though the game was only released a few weeks ago!

Something about the way the daily puzzles are set up gives me huge ‘Leap Day’ vibes (free on iOS and Google Play from Nitrome). That game was so captivating that I went back through years of daily levels. At one point I was fully up to date. I’m approaching Knotwords far more relaxed, playing a level or two at a time, and very much enjoying my time with it.

Has it really taken me this long to talk about High Rise? It’s only my favourite mobile game, no big deal. It’s a puzzle that’s part Tetris, part match-3 and part merge game. You have a small 5×5 grid where you place random blocks of colours. Adjacent colours merge into a taller tower, and the taller you go, the better your score.

Since the day it was released two years ago, I’ve played it at least once a week. Usually more than that… far more. It’s like the game was made for me. There’s a perfect balance of difficulty and strategy, and with enough planning you can get some crazy high scores. I have rounds that last for weeks, and my next goal is to crack one million points.

I couldn’t tell you the last time that I played and enjoyed a JRPG, let alone on mobile. And yet, here I am, devouring SOULVARS.

Having played it for close to 8 hours now, it’s increasingly clear just how unique and special it is. In the marketing it describes itself as a deck-builder, and while I can kinda see that, the deck-building is a small part of what makes it great.

The deck-building comes in the form of gear you equip, which determines each character’s “actions”, that you can see in the lower half of the screen. The combination of actions you choose each turn determines what the character does: whether that’s a basic attack, casting a spell, guarding, buffing, or a special attack.

Every enemy has certain weaknesses. Exploiting a weakness lets you perform more actions in the next turn. More actions means more devastating attacks, or more dangerous spells. And then there’s combo moves between characters, “burst” combos to stun your opponent and do more damage, elemental powers and resistances, and and and…

No wonder it’s so captivating.

I’ve had my eye on this fighting game ever since it came out for PC and other platforms. Now that it’s on mobile, I might actually play it! Playdigious are pretty much my favourite publisher and I trust that this will be a good port.

I’ve heard great things about Dragon Quest Builders, and I’ve also heard that the sequel is a much better game. I’m not sure whether I’ll ever get this one, but I’m interested in the whole “minecraft with more story” bit.

Beyond the Chiron Gate

Sooo I’m a huge sucker for text adventure games. And as far as text adventures go, this one has a phenomenal reputation and promises some interesting variations that are more than “to go left, turn to page 12“.

Wolves on the Westwind

You know how I just said that I’m a sucker for text adventure games? Shockingly, that continues to be true. Wolves on the Westwind reminds me of a bigger and more fleshed out Sorcery! And I loved the Sorcery! series, so I’m super keen for this.

The Day We Fought Space!

What happens when you take a shoot ’em up (SHMUP) and add physics-based weaponry? Can’t say the question ever occurred to me, but I guess we’ll find out here.

Voodoo Detective looks like a love letter to classic point-and-click adventure games, even citing Monkey Island among its inspirations. Not that I’m nostalgic for that era of obtuse puzzles, but this one looks incredible both literally and metaphorically.

This is pretty much Overwatch on mobile, right? Right? I freaking love Overwatch, so this would be a no-brainer… except the usual excuse of “my download speed is measured in kb/s”.

Yeah. Definitely going to keep an eye on this one, but online PVP is not doable for me at the moment.

Sigh. See above. I’d love to play a MOBA by the developers of Vainglory, even as problematic as their treatment of Vainglory was. But no, no PVP toys for me at the moment. Let me know on reddit what you think of this one, please!