Apple removing “old” apps, ‘Baba Is You’ and ‘It’s Still a Space Thing’ – this week in mobile gaming 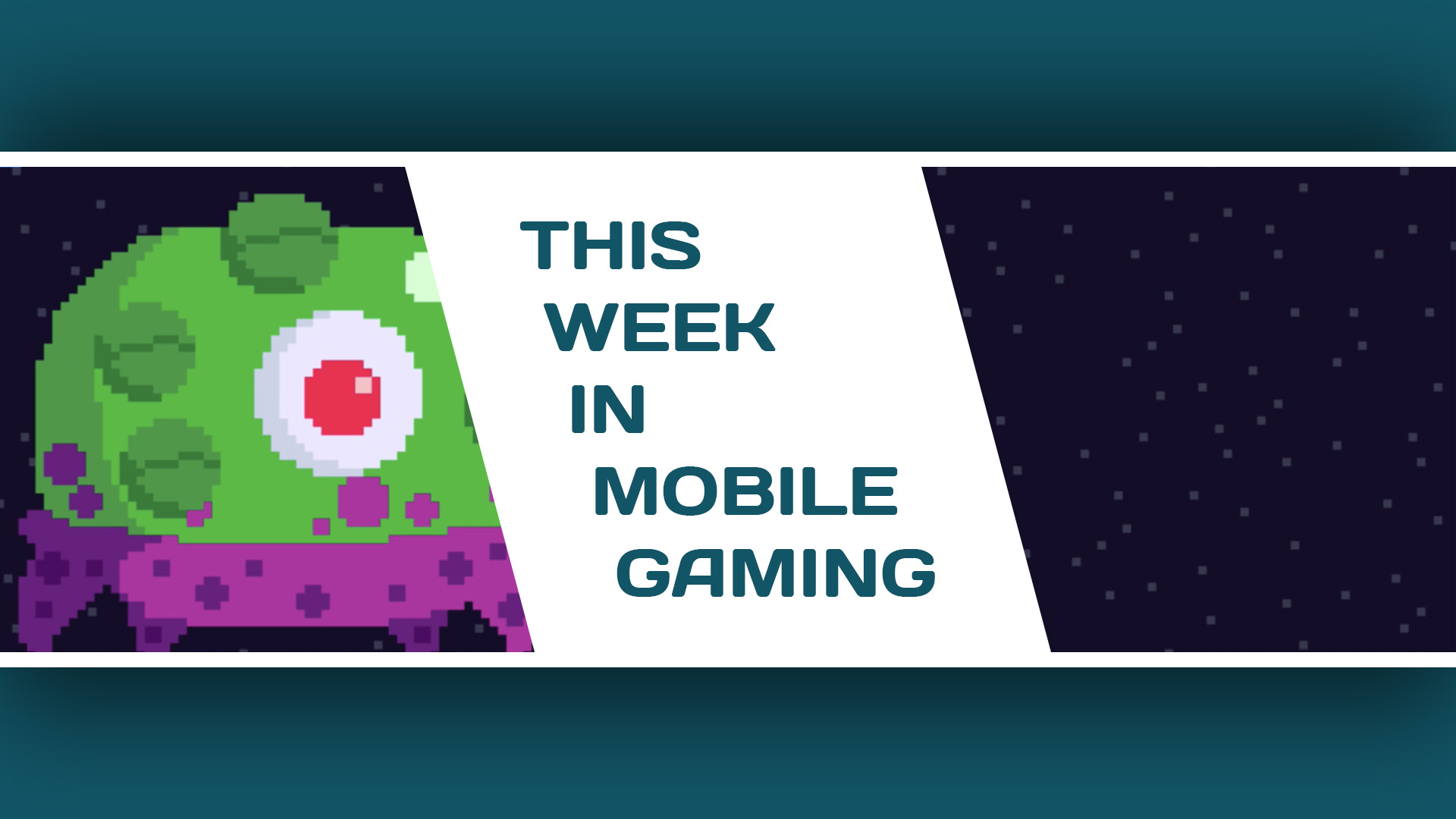 Welcome to a curated roundup of notable new mobile games, news, and abridged thoughts about what I’ve been playing. Here’s what this week in mobile gaming looked like. Enjoy the read, and have a wonderful weekend!

Apple is removing apps just for being old

A few iOS developers have posted an email from Apple, saying that apps which haven’t been updated in a while are going to be removed. Apple haven’t released a pubic criteria for which games are being removed, but it seems to me like the cutoff is about 3 years.

I’ve been playing iOS games for years and was there for the culling around iOS11, where Apple mass-removed apps that didn’t support 64-bit architecture. I remember waiting before upgrading my iPod to new iOS versions because there was no way of knowing how many games would just stop working. Only recently it seemed like we reached a stable middle ground, where you could download a game that hasn’t been updated in years and it would still work. That’s good for developers, good for players, and even good for Apple themselves.

And now… this. Why would Apple remove games just for being old, even if they still work?

Well, obviously, only Apple themselves know. My take is that there’s something coming that will break a lot of older apps and they’re trying to get ahead of the messaging.

Think of it this way: this announcement has pissed off developers, but not the general public. On the flip side, if tens of thousands of apps stop working, that’s going to generate a lot of bad press for Apple. From their perspective, I’m sure that’s an easy call.

I just hope that whatever the reason behind this call was it’ll be worth it, but I’m not holding my breath.

First up this week is a cute little game that reminds me of a lighter more casual Does Not Commute. You start a level with a car and a path drawn out for you. When you touch the screen, the car follows the path. Lift your finger to stop. So off you go on your merry way, and get to the end. Then, time rewinds and you have another car with its own path. Same deal, except this time you have to contend with the idiot that drove the first car and not crash into him. Repeat a bunch of times, and you have Road Rewind.

Sounds like good casual fun, and I did have fun… for the first 19 levels or so. Then I was thrown into level 20, which was… just level one again. Level 21 was a relabelled level two. And so on. Developers, it’s okay to not have many levels in your game. We as players understand and forgive you. Just don’t lie to us and think that we won’t notice.

Road Rewind is available on iOS and Android, if you want to play 18/19 interesting levels, I guess.

Baba Is You ($6.99 on iOS | Android) is a hard game to explain if you don’t already know what it is. You’re a little creature moving around an abstract world trying to get to the goal. Except the rules of the world also exist in the world as physical items. So for example, there are three word-blocks next to each other: “Lava” “is” “Death”. You could move the word “death” out of the way and end up with “Lava is”. And just like that, lava is not deadly and you can walk across it.

I’m quite late to the party, but Baba Is You is a unique idea executed flawlessly and absolutely worth playing if you haven’t yet.

The Valley of the Architects

An upcoming puzzle game from Whaleo; I’m playing the TestFlight version. Your goal is to get a character (or characters) through a maze of elevators to their corresponding portals. The trick is, every elevator moves at the same time and you have to place blockers in the right places to both pick up and drop off passengers in their correct locations.

Whaleo are currently looking for feedback on the gameplay and the tutorial, and you can sign up for the beta by emailing media@whaleo.com.

Game of the Week

It’s Still a Space Thing is just plain ol’ fun. It’s an old-school platformer vaguely inspired by Mega Man that’s fast paced, has cool music, and doesn’t take itself too seriously. The humour is very much in the vein of “why are you fighting this boss? Because it’s a video game, duh!”, which can get stale pretty quickly, but they toe that line very well.

The game is split into zones, each with a few stages and a boss fight at the end. Your task is to get through each stage and the boss in a limited number of lives; otherwise it’s game over and you have to start the zone over. Good thing, then, that the touch controls are flawless. In fact, this is one of the rare few instances where I’d recommend touch controls over a controller. In part because the controller layout is a bit odd, but that’s another story.

Part of the brilliance in the controls is their simplicity. You can only shoot in two directions: the way you’re facing or “up” and there’s a button to toggle between the two. This frees up your right hand to jump, shoot, and use special attacks which get crucial very quickly.

I played through the first zone in one sitting, barely taking any damage, much less losing a life, and thoroughly enjoyed myself. And then zone two thoroughly kicked my butt. That’s when it all clicked. Oh, I thought, this isn’t JUST a cute simple platformer. And the game doesn’t mess around. It’ll throw challenge after challenge at you until you’re a jumping, shooting, shielding ninja and master every surface and every enemy.

If that sounds up your alley, then don’t miss this one.

Watcher Chronicles is a platformer / 2D action game heavily inspired by Dark Souls. Sometimes a little too inspired, down to the mountain of a man that tends the forge and upgrades your equipment. It’s got lots of potential, but does have the same problem that many other games do when they try to emulate the Souls formula. It’s a little too slow. Here’s an example: Dark Souls puts weight behind your attacks and if you miss, you will pay the price. This game slows you down in an artificial-feeling way, where you’re locked into animations in a way that doesn’t feel organic. It feels like someone slows you down on purpose for no reason other than to make you feel slow.

I haven’t spent enough time with it yet to really comment much more but despite what I said about how it feels, I’m actually quote positive and hopeful that it lives up to the promise.

I almost gave game of the week to Knotwords. It’s a fantastic word puzzle that’s part sudoku, part crossword without clues. Like Geometry Sudoku (a variant), the grid is divided into sections and you’re told the letters that are in each section. It’s then your task to piece together words based on those letters. It’s incredibly clever and forces me to think of words and letter combinations in very unusual ways, while also thinking of both the horizontal and vertical overlaps at the same time. Definitely something I’ll be coming back to again and again.

I love narrative games that have a story to tell, and then… do. It’s a narrowing of focus that (hopefully) allows the story to shine and stand out. Haven’t played this game yet, but it looks wonderful.

Love is… in small things

See above. A narrative game with a lovely story and light hidden object puzzles. Wonderful colours and art, and I need to spend more time with this one.

Looks like Limbo/Inside, and as gorgeous as either. Yet to play it, because of an impressively large download size, but definitely caught my eye.

I know literally nothing about this game except that it got an update out of nowhere for the first time since 2014. Looks like an interesting piece of history, if nothing else.

Forever looking for anything that could scratch that ‘The Room’ itch, this one caught my eye immediately.

Old-school platformer that doesn’t take itself too seriously, and is just plain fun.

Looks like an interesting top-down take on Hitman. Set in real time, looks like you’re taking out agents, sneaking past cameras, and doing all kinds of assassinating.

Solving imaginative puzzle boxes by manipulating their components and not knowing what’s next or what’s inside? Yes, freaking please! Apparently this is a demo for a Kickstarter project, so I’m not expecting hundreds of puzzles, but consider me curious.